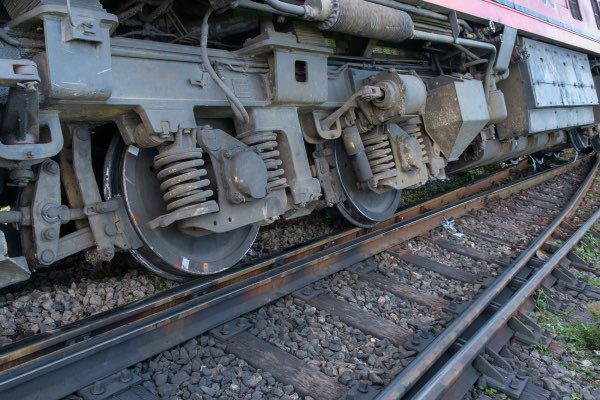 It’s a sad fact that thousands of train accidents occur every year. Most train accidents are the result of improper or substandard warnings, equipment malfunctions, or other factors beyond a driver’s control, and the aftermath of a train accident can be life-changing for all involved.

It’s important to seek legal advice as quickly as possible if you or a loved one has been injured by a train. The compassionate attorneys at Hernandez Law Group have extensive experience litigating personal injury cases. We will evaluate your case and give you the information you need to make an informed decision about your future. Contact us today to learn how we can get you the compensation you deserve.

Most Common Causes of Train Accidents

In 1980, there were over 8,000 train accidents. The number of yearly train crashes has dropped over time due to advances in train design, technology, and laws. However, the US still sees around 1,800 train wrecks every year. In 2018 alone, nearly 200 people were injured in train accidents, and 8 were killed.

Some of the most common documented causes of train accidents include:

Semi-trucks present a high risk for causing vehicle collisions since they have a much greater braking distance than passenger cars and trucks, thus making it all but impossible for them to come to a quick stop in traffic. But a train can make a tractor-trailer’s braking distance seem puny; after the brakes are applied, a train traveling at 55 miles per hour will travel 1-1.5 miles before stopping. And as the train goes faster, this stopping distance can increase significantly.

Because of this, trains are required to reduce their speed at railroad crossings and anywhere else where vehicles or pedestrians are likely to be crossing the tracks. But conductors who don’t heed this lower speed limit can make an accident or derailment much more likely.

Drivers or pedestrians who don’t realize a train is approaching are far less likely to be able to avoid a collision. For maximum safety, federal law requires train conductors to blare a warning whistle or bells whenever they come to an intersection with a road or highway.

However, many towns have passed noise ordinances restricting train operators’ ability to use these alarms during certain times of day (especially at night when train sounds can be especially disruptive). These ordinances don’t always stand up to legal scrutiny, but until or unless a railroad company sues to challenge them, it’s often easier for conductors to just comply.

While requiring train “quiet hours” often appease homeowners who live near a railroad, it can also reduce safety. Trains that are too successful at being quiet when passing through a populated area are more at risk of hitting someone.

Derailments are fairly rare, happening only a few times per year. But despite their infrequency, derailments and train-to-train collisions can be devastating and deadly. Most recently, a 2018 collision with a stalled train in Cayce, South Carolina killed two people and injured 118 more. Three years earlier, a tragic train derailment in Philadelphia injured more than 200 of the 238 passengers on board and killed eight people.

What to Do After a Train Accident in Texas

Time off work, medical care, property damage, and all the other expenses associated with a car or train accident can be costly, especially if your injury prevents you from working as much as you did before. If you or a loved one has been involved in a train accident, contact the personal injury attorneys at Hernandez Law Group for help.

With short statutes of limitations for personal injury claims (including train-related claims), time is of the essence when it comes to filing for litigation. Contact us today to schedule a free consultation and learn about your legal options. Our team has offices in Dallas, Amarillo, and Abilene.