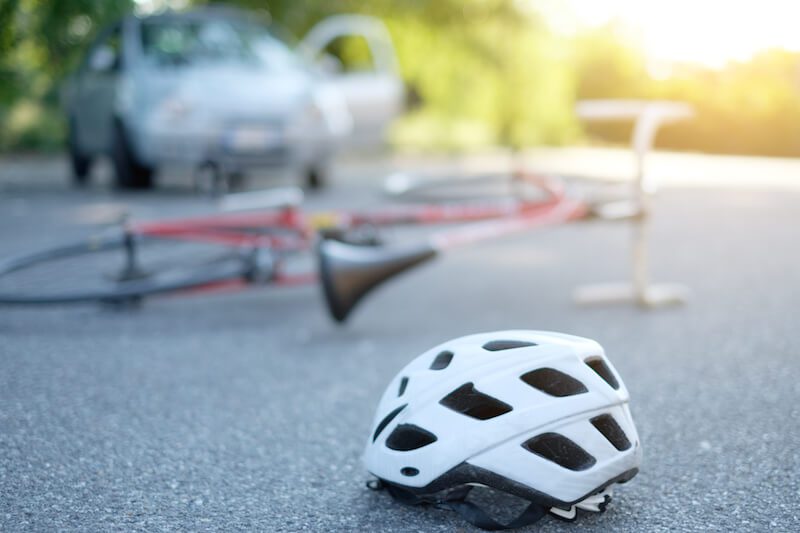 If you or a loved one were the victims of a bicycle accident, it’s important to contact a personal injury attorney immediately. Cyclists often suffer serious injuries after being struck by cars, and they deserve compensation for their medical bills and pain and suffering. The attorneys at Hernandez Law Group will help you get the compensation you deserve after one of these serious accidents. And if your loved one was wrongfully killed as a result of a bike accident, we’ll help you get compensation for funeral costs, your mental anguish, and other damages.

How do Most Vehicle-Bicycle Collisions Occur?

Vehicle-bicycle collisions can occur for several reasons, and they’re most often due to the negligence of the car driver. The most common causes of motor vehicle collisions with cyclists include:

Since cyclists have little-to-no protection when riding their bikes, being hit by a car usually leads to catastrophic and debilitating injuries. Some of the most common bike accident injuries include:

Can a Biker be Liable for a Car-Bicycle Accident?

Yes, a biker can be liable for a car-bicycle collision. Since bicycles are considered vehicles, they are subject to the same traffic laws as cars. Liability for a car-bicycle collision is determined by determining who had the right-of-way. Since laws regarding stop signs, stop lights, safe following distance, and other road rules apply to both vehicles, the car or the bike may be found at fault for the accident.

After a bike accident, it’s important to contact one of our personal injury attorneys. We’ll help you determine who is at fault for the accident – the driver or the cyclist. Even if the fault is shared, you can still receive partial compensation for your damages if you are less than 50% at fault for the accident. This is known as modified comparative negligence, a consideration in all Texas negligence cases.

Cyclists are subject to the same laws as the operators of other vehicles in Texas. This includes requirements to stop at stop lights and stop signs, yield right-of-way when required, and follow all other applicable laws. The exception is when the law specifies that it applies to motor vehicles.

Texas has a few laws that specifically apply to cyclists:

Texas does not, however, have specific laws requiring the use of helmets or regarding the use of sidewalks vs. roadways or bike paths for cycling. Some cities have additional laws concerning bicycles and cyclists; Dallas, Fort Worth, Amarillo, and Abilene are not among these cities.

How to Avoid a Bike Accident

Even though the car driver’s negligence causes most bike accidents, it’s still a good idea for cyclists to take steps to avoid collisions. These safety tips can help bike riders avoid some of the most common causes of bike accidents:

After a bike accident, you must act quickly. As time passes, evidence disappears, and the insurance companies will continuously pressure you to accept a settlement that is way less than you deserve. The attorneys at Hernandez Law Group, P.C. will help you file your lawsuit, deal with the insurance companies, and litigate your case.

Juan Hernandez has received board certification from the Texas Board of Legal Specialization to practice personal injury law. This is a certification that only 2% of Texas attorneys have elected to get. Contact us today to schedule a free, no-obligation consultation with our legal experts. We have offices in Dallas, Amarillo, and Abilene.